(My dad, John White Sr. hand-wrote the following notes about his own dad, for his grand-daughter’s school essay)

A Serbian student assassinated the Crown Prince of Austria. This gave the Crown Princes and Kings of Europe a chance to fight each other. These Kings and Princes were all cousins:

Needless to say, these royals did not want to get their hands dirtied whilst they sat warm and snug in their palaces. They left their dirty work to their ordinary citizens. One of those citizens was Jack White.

He joined up in the Royal Horse Artillery, in the 51st Highland Division. He was 16 years of age. He was to take part in the Battles of Ypres (‘Wipers’), Mons and Paschendale. He was to be far from warm and snug. His main concern was to keep warm, that his mother would send him a food parcel from home and that if he was to be wounded  it would be enough to get him sent home to England, but not leave him too disabled. (Called a ‘Blighty Wound’. John Jr.)

Well, he certainly was not warm. He bore the marks of frostbite on his fingers and toes until he died.

If he got a food parcel from his mother it would be set upon by his comrades like ravenous dogs. You see, the warm snug Princes and Kings weren’t too worried about about their soldiers and feeding them.

When Jack was wounded, his leather belt stopped the shrapnel from making too big a hole in his back. It wasn’t big enough at 4 inches for him to be sent home. Nor when his foot was smashed crossing a river frozen river when one of his horses slipped and fell on him was the damage considered enough to send him home. He died at 85 years of age and the smashed, distorted bones in his limping foot were still plain to see.

Jack had many painful memories, like when Ginger, a 40 year old cockney who had taken him under his wing, was mortally wounded. As Jack nursed his dying friend, with his head in his lap, Ginger asked for a Woodbine. Jack lit one for him and put it in his mouth. Only when Jack smelt the the cigarette burning Ginger’s lips did he look down to see that his father figure had died. (Jack’s actual father had died when Jack was very young. John W.) Ginger left a wife and children behind him in London. His wife would receive a 1 and a half line telegram to the effect that “The (warm and snug) King regrets to inform you that your husband has been killed in action.”

Jack had to bury another friend, or at least, his friend’s leg, for that was all that was all that they found of him after a German shell landed immediately in front of him and his horse. Jack said you couldn’t tell what was man and what was horse.

The brutal Field Punishment No.1, as depicted in the excellent WWI comic series ‘Charley’s War’

Not all Jack’s pain and discomfort was caused by the enemy. Like the night he spent tied to the wheel of a gun carriage for swearing at an officer, or being put on a charge for being muddy along with his horses when some big General had come to the front line to inspect the troops. The reason why Jack’s horses and their horse-brasses were dirty was that he had spent the whole morning from dawn, running ammunition up the line. This involved, on each trip, a mad dash across a clearing so that every time Jack appeared in the clearing with his team of horses and ammunition carriage they would would him have it.

After Jack was charged, the big General presumably back to his warm snug head quarters.

These are some of the memories of Jack White, a teenage soldier of the First World War.

When Jack came back to his home town of Liverpool, the country he had fought for had no work for him. He was unemployed and penniless.

One day, still wearing his uniform, he was thrown off a a tram because he didn’t have the full fare. Jack might have expected that the horrendous experiences of only weeks before might have gone unrecognised by his King but not a tram conductor!

This final story sums up Jack’s attitude to war: The ones who cause them never suffer, the ones who fight them soon have their efforts forgotten.

The lesson to be learned, so Jack was always saying is this: Before you fight a battle at the request of a King, President, Prime Minister, Taoiseach, politician, terrorist leader or whoever, check to see if they will be getting their hands dirtied (bloodied) too.

— by John Arthur White (my dad) 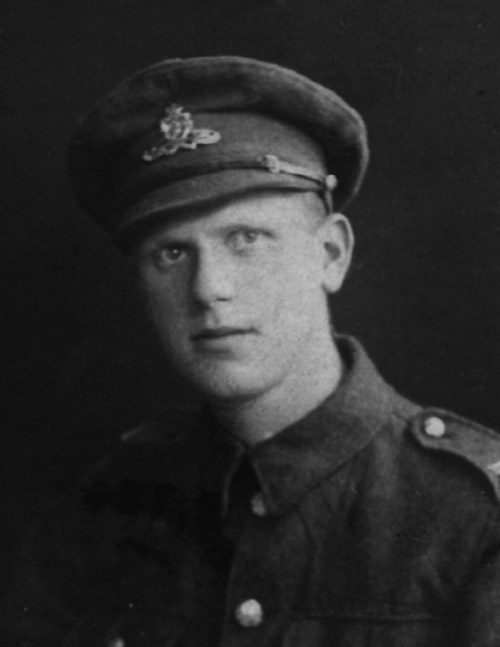